Hello, I would like to mention some points from the Japanese PDF.

First of all, Japan has some very strict new laws on how corporations must handle personal information of individuals to protect their privacy. Along with the changes in the Corporation Law recently, these laws mean that virtually all major corporations in Japan have been rewriting their articles of incorporation, employee manuals, IT department guidelines, and so on. It doesn’t mean things are more secure, but it does mean they are supposed to be more secure. IIRC if your company handles the personal information on more than 500 people then you have to implement certain procedures. (Anyway I am not attempting to provide authoritative information here.)

There also have been a number of scandals (mainly at big banks) on customer information being leaked. So now all corporations’ fundamental articles include words like “leakage” and “falsification” of information as things that must be prevented. Japanese companies usually have their fiscal year begin April 1 which means that just a couple weeks ago, most corporations had their general shareholders meetings (many on the same day, to avoid organized crime from interfering) where things like this got voted on (if they weren’t the previous year). ODF and standards haven’t been on the plate but maybe they will be next year with this announcement.

Okay, on to the PDF. The PDF includes definitions of many terms including “vendor lockin”, “open standards”, etc. ODF and XML are mentioned by name. It seems to be well written (though I have not read the whole thing). It would seem to exclude allowing Microsoft’s horrible new format as an open format because it mentions in the vendor lockin definition the nonavailability of an API, or the limitation on ability to implement it due to licensing requirements. IANAL but it would seem that the government has the leeway to make sane judgements, even in the case of for example Microsoft taking over the standards process and making OOXML an international standard. That said, Japan is probably Microsoft’s best or second best market.

The document also states clearly that open formats are to be preferred, and must be used to promote exchange of information between ministries. The word “saiyou” (adopt, use) is used in the statements that say software that adopts open standards is desirable. It is not clear that this forbids the software to also support closed formats, but the spirit of the document would seem to prefer fully open software/solutions so that data may not be saved in closed formats, as this would hamper free exchange of information and the ability to store/view the documents into perpetuity.

Here is a translation of section 4.2.3 on page 19. I, Matthew Rosin, hereby release this translated text to the world in the public domain but deny responsibility for any mistakes. 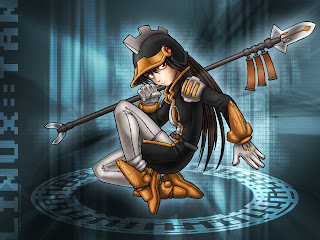 It is desirable for the government and public organizations to secure the mutual interoperability of information systems between administrative organizations and with related private sector and international organizations, in order to pursue efficient administration and to provide highly convenient service. To this end, it is necessary to procure software for which protocols, APIs, etc. that use interfaces that are compatible with open standards, to the extent to which implementation is possible.

The government and public organizations, in order to secure transparency related to policy, fulfill their responsibility for providing explanations, and realize expanded participation by the citizenry, software must be procured, to the extent to which implementation is possible, for which the formats of data and files are compatible with open standards, in order to guarantee for public documents the ease of access and ability to save and browse over the long term.

Mutual interconnection between related organizations, including governmental organs, and the free exchange of data among them, are prerequisites to being able to efficiently provide within appropriate periods services that are are found to be necessary by the citizenry and related organizations. For this reason, it is desirable to select solutions that adopt open standards which do not depend on functions belonging to specific products, and to use such solutions to implement mutual interoperability. This approach will enable flexible response with regard to development, maintenance, and migration to other systems, and will enable the government and public organizations to avoid being locked in to specific products or services, as well as making it easier to secure freedom of procurement into the future.

With regard to making statements of specific demands and requirements on the occasion of procurement of information systems for the government and public organizations, it is desirable that that functions, data formats or methods not be used in principle which are unique to a single system, but rather to perform procurement with priority given to systems that are based on open standards such as those of international standards and Japanese industrial standards.
—

The next section (4.2.4) of the document is called, “Policy related to selection of the most appropriate information systems”. It says that to minimize risk, the following points must be weighed:
– Selection of solutions that provide greatest value for least cost
– Avoidance of excessive reliance on products that do not implement mutual interoperability
– Securing of freedom and flexibility with regard to system development, strengthening of system functions, system integration and system migration.

it also emphasizes choosing the most appropriate solution based on the total software life cycle and specifies that the comparisons be made equally regardless of whether the software is, as they say, “open source software” or “commercial software”.

I will also briefly mention one more section, 4.3 Policy on move toward open systems (a direct translation would be “Policy on openization”).

This section states that it is necessary and desirableto promote open systems in order to abolish reliance on the technology of a single vendor when newly developing or updating information systems, and that the purpose of this is to ensure fair and transparent procurement, high quality systems for appropriate prices, interchangeability of parts, and expansion of choices in procurement through the system life cycle, and ensures the possibility of choosing different parts or vendors in the future. It says that being able to point to a standard is part of how transparency of procurement is achieved.

Finally, it states that when a choice is being made among parts that are judged otherwise equivalent, then in such cases “standard parts” that are compatible with open standards, and for which there are multiple choices available among parts implementing the standard, must be procured with priority over those parts that depart from standards or for which there are not multiple choices available.

There are a couple more interesting points stated in this section. First, it says from now on, all government information systems procurement shall in principle use software based on the specifications of open standards. And second, it states that in principle the right to be able to modify information systems in the future must be obtained to the extent financially possible in order to secure interoperability, and that when deciding between systems that do not differ greatly, then in order to improve manufacturability and interoperability, the candidates shall be analyzed to determine the merits and drawbacks concerning innovativeness of the software technology being used and the development methods used therein.

Hope this helps understanding the document and will tide you over until an official translation is provided (or someone does the whole thing).