Adam Conrad has announced the release of Ubuntu 18.10, a version which will receive nine months of security updates and support. The project’s new version ships with several key package updates: “The Ubuntu kernel has been updated to the 4.18 based Linux kernel, our default toolchain has moved to gcc 8.2 with glibc 2.28, and we’ve also updated to openssl 1.1.1 and gnutls 3.6.4 with TLS1.3 support.

Ubuntu Desktop 18.10 brings a fresh look with the community-driven Yaru theme replacing our long-serving Ambiance and Radiance themes. We are shipping the latest GNOME 3.30, Firefox 63, LibreOffice 6.1.2, and many others. Ubuntu Server 18.10 includes the Rocky release of OpenStack including the clustering enabled LXD 3.0, new network configuration via netplan.io, and iteration on the next-generation fast server installer.” Further details can be found in the release announcement and in the release notes. 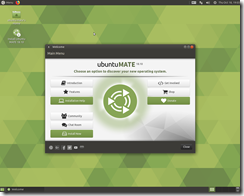 Martin Wimpress has announced the release of Ubuntu MATE18.10. The new version ships with version 1.20.3 of the MATE desktop environment and will receive nine months of support. “Curiously, the work during this Ubuntu MATE 18.10 release has really been focused on what will become Ubuntu MATE 18.04.2. Let me explain. The upstream MATE Desktop team have been working on many bug fixes for MATE desktop 1.20.3, that has resulted in a lot of maintenance updates in the upstream releases of MATE desktop.

The Debian packaging team for MATE Desktop, of which I am member, has been updating all the MATE packages to track these upstream bug fixes and new releases. Just about all MATE desktop packages and associated components, such as AppMenu and MATE Dock Applet have been updated. Now that all these fixes exist in the 18.10 release.  We will start the process of SRU’ing (backporting) them to 18.04 so that they will feature in the Ubuntu MATE 18.04.2 release due in February 2019. The fixes should start landing in Ubuntu MATE 18.04 very soon, well before the February deadline. Ubuntu MATE 18.04.2 will include a hardware enablement stack (HWE) based on what is shipped in Ubuntu 18.10….” Additional information can be found in the distribution’s release announcement. 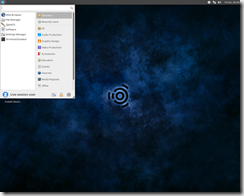 The Ubuntu Studio team has announced the release of version 18.10 of their multimedia-focused distribution. The new release enables the automatic use of JACK for removable USB audio devices and introduces PikoPixel for editing pixel part. “Ubuntu Studio Controls has historically been the app to run to get initial audio configuration set for your system. This release, Ubuntu Studio Controls has undergone a major rewrite, and has the following features.

Option for changing the CPU governor; the configuration of JACK, including any attached USB audio devices; the configuration of the JACK-PulseAudio Bridge; configuration of the JACK-ALSA MIDI Bridge. Ubuntu Studio Controls now, for the first time ever for any JACK configuration GUI, configures JACK to automatically detect hot-plugged USB audio devices and allows you to use more than one audio device at a time. This is something you will find in no other such utility. Future plans for Ubuntu Studio Controls includes configuration of WACOM Tablets, which is something currently not available in our default Xfce desktop environment.” Additional details and future plans can be found in the distribution’s release announcement and in the release notes. Download: ubuntustudio-18.10-dvd-amd64.iso(3,002MB, SHA256, signature, torrent, pkglist).

Continuing the Ubuntu release day news, here is the announcement of the release of Kubuntu 18.10, an official Ubuntu flavour featuring KDE Plasma 5 desktop: “Kubuntu 18.10, featuring the beautiful Plasma 5.13 desktop from KDE, has been released. Code-named ‘Cosmic Cuttlefish’, Kubuntu 18.10 continues our proud tradition of integrating the latest and greatest open-source technologies into a high-quality, easy-to-use Linux distribution.

Under the hood, there have been updates to many core packages, including a new 4.18-based Linux kernel, Qt 5.11, KDE Frameworks 5.50, Plasma 5.13.5 and KDE Applications 18.04.3. Kubuntu has seen some exciting improvements, with newer versions of Qt, updates to major packages like Krita, Kdeconnect, Kstars, Peruse, Latte-dock, Firefox and LibreOffice, and stability improvements to KDE Plasma. In addition, Snap integration in Plasma Discover software center is now enabled by default.” And some good news for the disappointed users who had hoped for the inclusion of Plasma 5.14 in Kubuntu 18.10: “Users who wish to test the latest Plasma 5.14.1 and Frameworks 5.51, which came too late in our release cycle to make it into 18.10 as default, can install these via our Backports PPA.” Read the release announcementand the release notes for more information.

David Mohammed has announced the release of Ubuntu Budgie18.10, a new and improved version of the distribution that features the Budgie desktop (originally developed by the Solus project): “We are pleased to announce the release of a new version of our distro, the fourth as an official flavor of the Ubuntu family. Based on 18.04 experiences, feedback and suggestions that we have received from our users, the new release comes with a lot of new features, fixes and optimizations.

Here is what you can expect in the new release: showcasing the latest Budgie desktop developments, re-working some of our most used applets to be more efficient and faster; adding new productivity applets.

Integrating all of this together with the major GNOME developments of GTK+ 3.24 and Mutter 3.30. New features and enhancements: Budgie Desktop 10.5 (almost) – we are pleased to promote the latest available capabilities made available by the Solus project; due to overwhelming vote (75%), Firefox now becomes our default browser; we have dropped TLP from the default install as power savings in kernel 4.18 are significant for newer computers….” See the release announcement and release notes for further information

The development team behind Ubuntu Kylin has announced the availability of a new version of the project’s official Ubuntu flavour designed specifically for users in China. The new version comes with updated MATE 1.20 desktop and it also provides a number of desktop improvements. “We are glad to announce the release of Ubuntu Kylin 18.10 ‘Cosmic Cuttlefish’. Which comes with a series of updates in kernel, basic services, desktop environment and software to provide a newer and better desktop experience. Ubuntu Kylin 18.10 ships with a brand-new Login and Lock programs, adding functions, fixing bugs and providing a cozier and easier user experience.

The Xubuntu development team has announced the release of Xubuntu 18.10, the latest version of the official Ubuntu variant with Xfce as the preferred desktop environment. This is Xubuntu’s first release that uses a development build of Xfce 4.13, an upcoming version that will deploy GTK+ 3 as the default toolkit: “The Xubuntu team is happy to announce the immediate release of Xubuntu 18.10. Highlights.

Several Xfce components and applications were updated to their 4.13 development releases, bringing us closer to a GTK+ 3-only desktop; elementary Xfce icon theme 0.13 with the manila folder icons as seen in the upstream elementary icon theme. Greybird 3.22.9 which improves the look and feel of our window manager, alt-tab dialog. Chromium and even pavucontrol; a new default wallpaper featuring a gentle purple tone that greatly complements our GTK+ and icon themes. Known issues: at times the panel could show two network icons – this appears to be a race condition which we have not been able to rectify in time for release; in the settings manager, the mouse fails to scroll applications in settings manager (GTK+ 3 regression).” Read the release announcement and release notes for further information and screenshots.